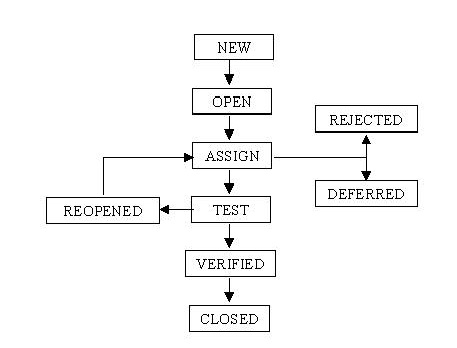 Guidelines on deciding the Severity of Bug:

Indicate the impact each defect has on testing efforts or users and administrators of the application under test. This information is used by developers and management as the basis for assigning priority of work on defects.
A sample guideline for assignment of Severity Levels during the product test phase includes:
1.   Critical / Show Stopper — An item that prevents further testing of the product or function under test can be classified as Critical Bug. No workaround is possible for such bugs. Examples of this include a missing menu option or security permission required to access a function under test.
2.   Major / High — A defect that does not function as expected/designed or cause other functionality to fail to meet requirements can be classified as Major Bug. The workaround can be provided for such bugs. Examples of this include inaccurate calculations; the wrong field being updated, etc.
3.   Average / Medium.  The defects which do not conform to standards and conventions can be classified as Medium Bugs. Easy workarounds exists to achieve functionality objectives. Examples include matching visual and text links which lead to different end points.
4.   Minor / Low — Cosmetic defects which does not affect the functionality of the system can be classified as Minor Bugs.
5.   Enhancement — Enhancement is not a bug. Its used to enhance the application in term of look and feel, user friendliness, compatibility etc.,